You are here: Home / Guides / The Best Las Vegas Shows 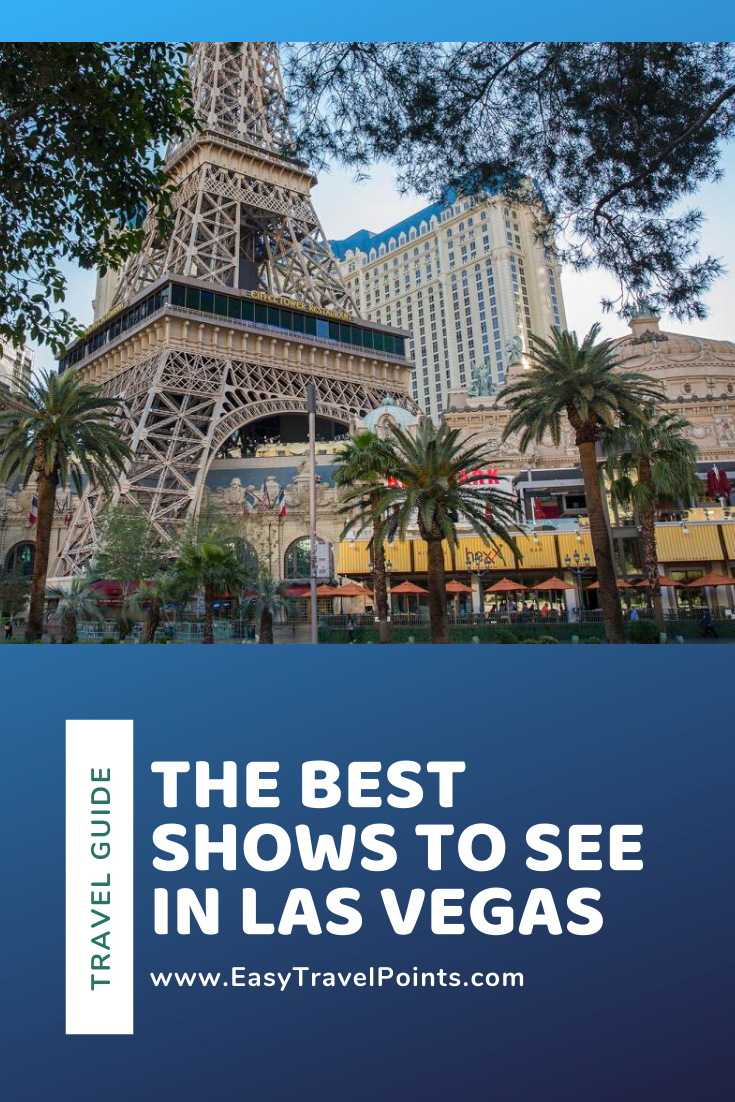 Easy Travel Points has partnered with CardRatings for our coverage of credit card products. Easy Travel Points and CardRatings may receive a commission from card issuers. Opinions, reviews, analyses & recommendations are the author’s alone, and have not been reviewed, endorsed or approved by any of these entities. This post may contains affiliate links. Click here to read our privacy policy.

We all know there’s a lot to do in Las Vegas.  I don’t gamble but I love visiting because there are so many great restaurants and entertainment options that will keep you busy for days.  One of my favorite things to do while we’re in town is to see a show at least one of the nights.  We’ve seen several of them over the years and have enjoyed almost all of them.  I know there’s a lot to choose from but I think these are the best shows in Las Vegas.

None of the shows listed below gave me free tickets or sponsored this article in any way.  I have seen all of these shows and recommend them to anyone I know who is planning a trip to Las Vegas.  You’ll love each of these shows and they can be enjoyed by audiences of all ages.

Where To Buy Your Tickets

Each show has their own site where you can buy your tickets to see the show.  If you’re planning on visiting Vegas during a holiday or when a big convention is in town, I would recommend buying your tickets ahead of time.  The popular shows will typically sell out during those times.

If you’re not going to be there during one of these busy times, or you don’t care which show you see, I would recommend waiting until you get there to buy your tickets.  All along the Strip there are ticket booths that sell discounted last minute tickets to almost every show in Vegas.  Almost all of them are run by one of two companies.  I have purchased tickets from both of them on multiple occasions and never had a problem.

The discounts will vary by show and seating location but I have always saved a good amount of money buying tickets this way.  They only sell discounted tickets 48 hours in advance, so you’ll want to stop by one of these booths when you first get into town so you have the best selection.

Best Credit Card To Use

We’re all about maximizing the amount of rewards you can earn on each purchase.  Luckily, there are a few credit cards that give you a bonus when making purchases classified as entertainment.  The Capital One® Savor® Cash Rewards card that gives you 4% cash back on all entertainment purchases.  If you don’t have the card, right now new card holders can get a $300 welcome bonus after spending $3,000 within the first 3 months of opening your account.

Another good card to use is the Citi Premier® card.  This one gives you double the ThankYou points on all entertainment purchases you make.  Citi is offering an elevated 60,000 ThankYou points to new card holders after spending $4,000 within 3 months of opening your account.

If you don’t want to hassle with bonus categories, my favorite cash back card is the Chase Freedom Unlimited.  You’ll earn an unlimited 1.5% cash back on all purchases made with this card.  Plus, new card members get a $200 bonus after spending $500 within 3 months of opening their account.  This card also pairs well with other Chase cards to maximize the number of Ultimate Rewards points you can earn.

Some of the best shows I’ve seen in Las Vegas are by Cirque Du Soleil.  I have seen almost every one of their shows on the Strip and have enjoyed almost every one of them.  The only one I haven’t seen yet is La Reve.  I hear it’s fantastic but since I haven’t see it yet, I can’t give a personal opinion.  Of all the shows, there are two that I would highly recommend seeing the next time you’re in town.

“O” – My favorite Cirque Du Soleil show is O.  The show takes place over a large pool of water inside a theater at the Bellagio hotel.  The theater isn’t too big, so there isn’t a bad seat in the house.  This show epitomizes everything I think of when I think of a Cirque show.  There are a lot of unbelievable acrobatics and stunts that leave speechless during the entire show.  I promise, you won’t be disappointed.

Michael Jackson’s One – This was my wife’s favorite Cirque show but it is second on my list.  The music and the show were fantastic!  However, there weren’t as many acrobatics in this show as you are accustomed to seeing in a Cirque performance.  That said, if you love Michael Jackson’s music and enjoy a loud club-like atmosphere, you’re going to really love this show.  You’ll find this one playing in a theater inside of Mandalay Bay.

Mat Franco – Hands down, my favorite magic show in Vegas is Mat Franco.  He won America’s Got Talent several years ago but I had never heard of him when we bought the tickets.  We decided to see the show based on the recommendation of the guy selling the tickets at one of those booths and I’m so glad we did!  Not only was the show excellent but the tickets were reasonably priced.

What I liked most about his show was the type of magic he performed.  None of his tricks were over-the-top, like making a large mechanical dinosaur appear out of nowhere.  His show was very interactive and all of his tricks left you awe-struck.  Plus, Mat has a great sense of humor so his performance was very engaging throughout.  He performs his show at the Linq hotel and the theater is very small, so even the last row is a great seat.

We all know Vegas can be pricey.  Especially when you go see a popular large production show.  If you’re price sensitive, there are still some really good shows you can see.  The last time we were in Las Vegas we decided to try something different and see a variety show.  We ended up buying tickets to see V The Ultimate Variety show at the Planet Hollywood hotel.

The theater itself wasn’t very nice but show was entertaining.  It was made up of several different specialty acts that included juggling, a balancing act and a comedy routine.  The line up of acts changes nightly, so you can see something different one night to the next.  If you manage your expectations and aren’t expecting the glitz and glamour of a big production, you’ll enjoy the show.

Concerts – Las Vegas always has a strong line up of concerts along the Strip.  Once of the best shows I’ve seen was an Aerosmith concert when they were on tour playing at the MGM arena.  There’s something about seeing a concert in Vegas that makes the experience extra fun.  If you plan to see a concert while you’re visiting, just be sure to grab your tickets before you arrive.

Las Vegas Knights – Hockey isn’t exactly a show but it’s definitely a fun entertainment option that I highly recommend.  Last year my son and I flew out to catch a game and we had a blast!  Even if you’ve never seen a hockey game, you’re going to love it.  The arena is right behind the New York New York hotel, so it’s super convenient to get to.  If the game is during the week or they’re playing a team that isn’t very popular, you can even get tickets below face value.

The next time you’re in Vegas, do yourself a favor and see one of these shows.  You’ll absolutely love it!  If you see one of them, leave me a comment below and let me know what you thought.  Have you seen another show you loved but didn’t make our list of the best Las Vegas shows?  I’m always looking for recommendations for our next trip so let me know what you liked and I’ll go see it!

The Hermosa Inn Paradise Valley, Arizona Review
Next Post: Best Things To Do In Kauai 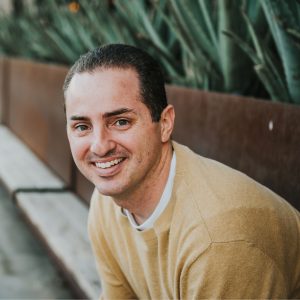 Hi! I’m Rob – welcome to Easy Travel Points! Our goal is to show you that traveling is much more affordable and achievable than you might think. You definitely don’t have to spend a fortune on an amazing vacation – follow along, I’ll show you how!